Harrod Sport looks for a local athlete to sponsor in 2021

Competing can be expensive, even at a local or regional level. Equipment can be expensive, and that's before hotels and travel. For this reason, many talented young athletes have to give up their dreams of competing, of pushing themselves to see what they can achieve.

Harrod Sport is in a position to help.

The Ron Harrod Foundation was founded in 2018 by Harrod Sport to provide funding for sportsmen and women under 25 to help them compete in their chosen sport. In 2019, we awarded £5,000 of funding to three outstanding young athletes.

Applications are now open for nominations for an athlete or athletes to receive £5,000 in funding in 2021. These nominations will be assessed by a panel of judges, the 2020 panel included Norwich City legend Iwan Roberts.

If you would like to read more about Ron Harrod, head to the bottom of this page.

The applications for 2021 are now closed. Thank you to those who took part.

Who is Ron Harrod? 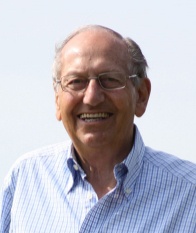 The year of 1954 ended with a successful £5,000 turnover and Harrod UK Ltd was established in a 30ft by 10ft workshop in Horn Hill, Lowestoft.

1976 saw the company expanding, securing additional factory space at the site before building its own factory in Pinbush Road in 1979. The office followed, moving shortly after.

Throughout his career, Ron Harrod had always been a pioneer in goal post safety and became a co-founding member of the CEN Committee in 1989.

Following in that tradition, his son Chris Harrod currently represents the U.K. on the European Standards Committee for goal post safety.

Ron Harrod retired in 2005, but his children – Chris and Stephanie Harrod – ensure his legacy lives on, both in a business sense and with the ethos Ron maintained throughout the years that the "customer is king". Sadly, Ron passed away on 29 December 2020, and is hugely missed by the Harrod team.

In 2017 the company changed its name to Harrod Sport as it ventured further into international markets.

Today, Harrod Sport is recognised as the market leader in the sports industry and boasts a multi-million-pound turnover with a 140-strong workforce. This has all been made possible because of Ron's entrepreneurial determination and winning spirit.