Harrod Sport are thrilled to be involved in the European Championships returning to the UK for the first time since 1996. For this summer's tournament, Harrod Sport is delighted to be supplying goalposts for six prestigious venues, including Wembley Stadium and Hampden Park.

In total, Harrod Sport's goals will be used for 31 matches across the tournament (more than half of the 51 fixtures) including the opening game, the semi-finals and the final, as well as England v Scotland and Italy v Wales.

Read on to find out more about the goals, the venues and for your chance to win a set of Finesse goals.

With so many matches taking place, here is a short guide to the venues that will be using Harrod Sport goals during the tournament. 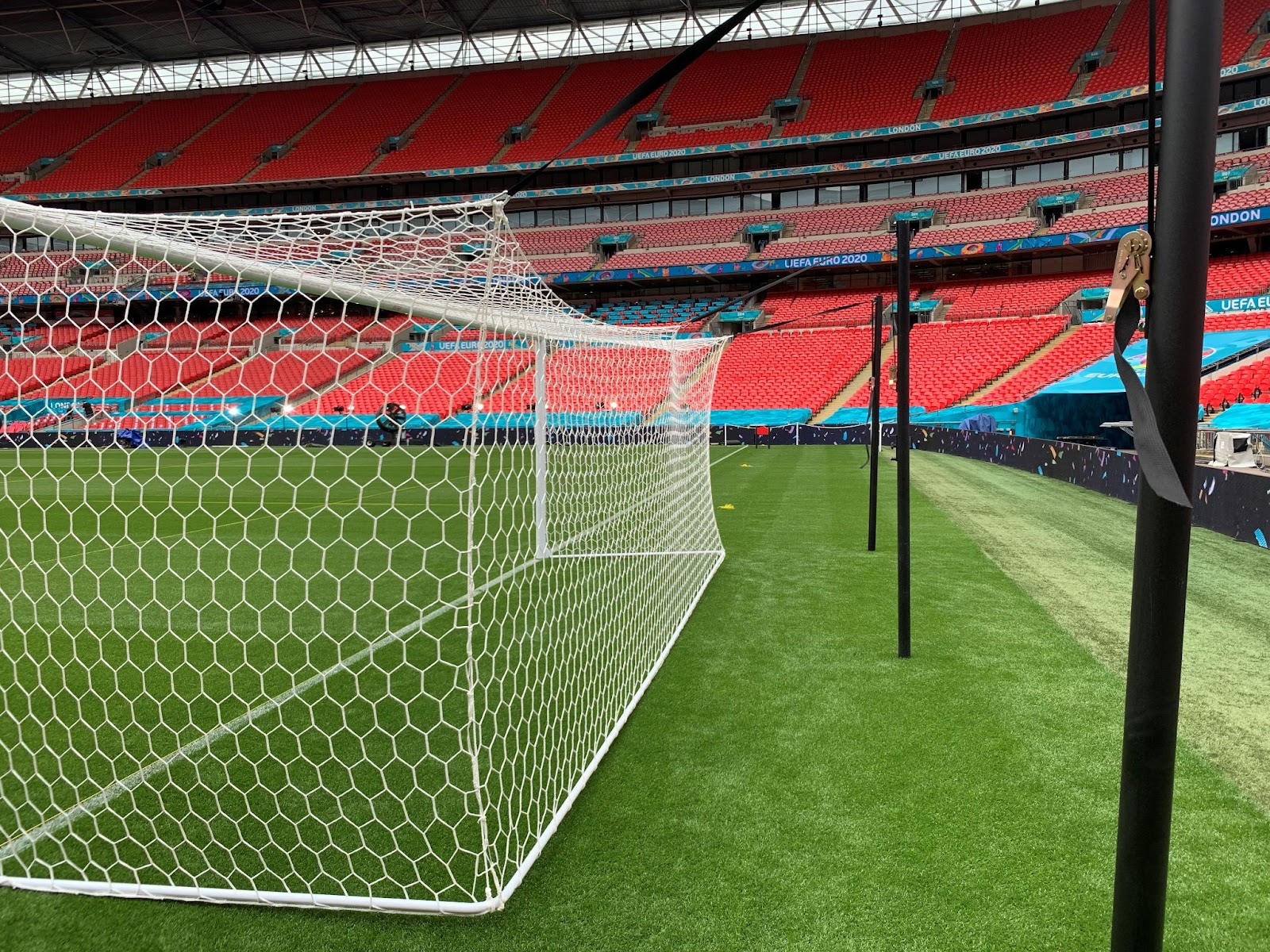 Since the 'White Horse' FA Cup final of 1923, the goals at Wembley Stadium have become a part of English football folklore. In 1966, the crossbar became iconic with Geoff Hurst's 'goal that never was' in the World Cup final versus West Germany. In 1977, Scotland took the bragging rights as the Tartan Army swarmed onto the pitch to celebrate after the final whistle following a famous 2-1 victory.

The last time England and Scotland met at a major tournament was at Wembley in the Euro '96 group stages, best remembered for Paul Gasgoine's goal and celebration. Twenty-five years later, will Andy Robertson and Che Adams' side be able to upset the auld enemy? 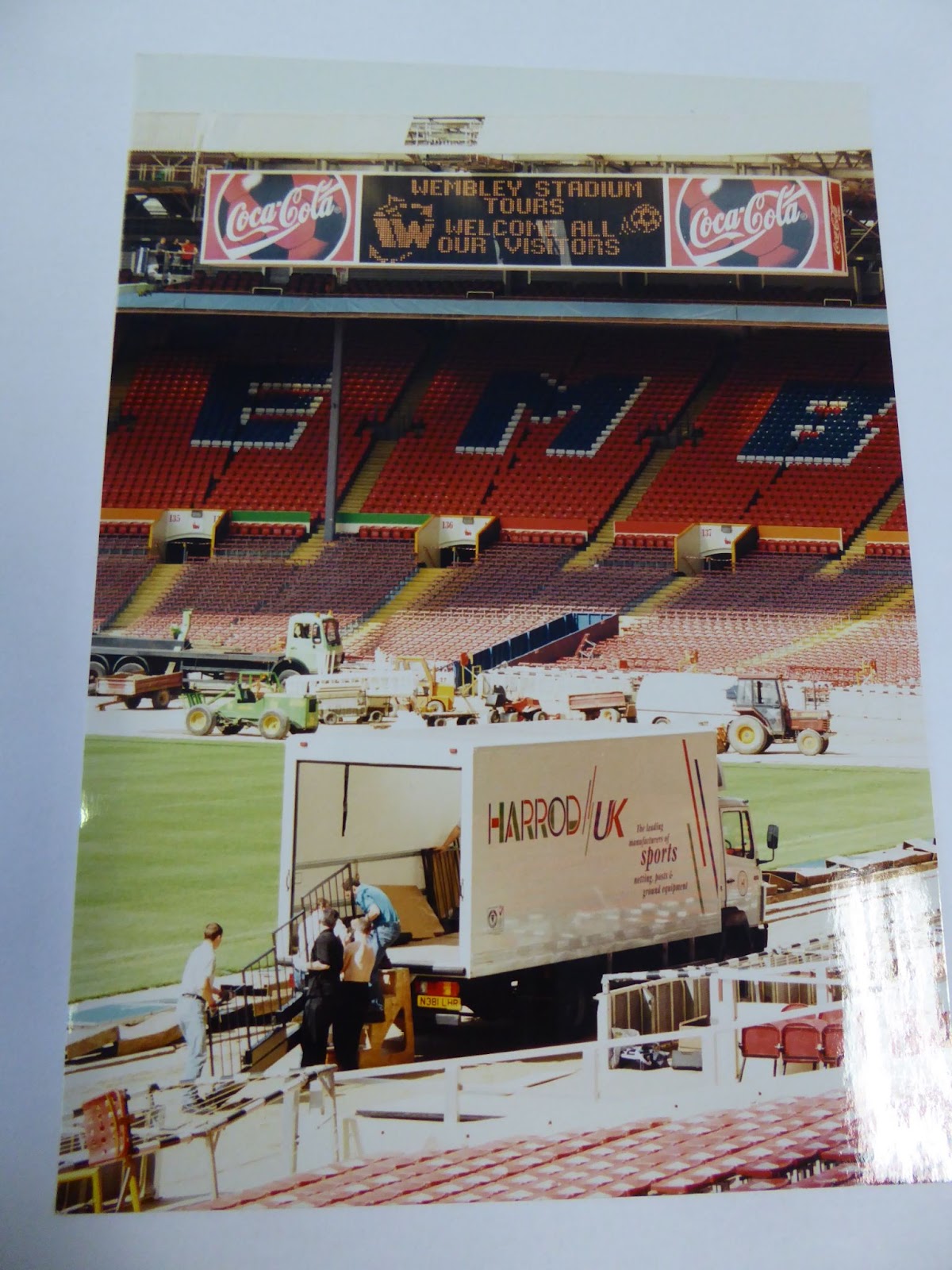 Harrod Sport has a rich history of supplying goalposts for Wembley Stadium, stretching back to 1996 when England last hosted the European Championships.

But it is not just international football - Harrod Sport have supplied goals for every game played at Wembley Stadium in the last 25 years,, including the FA Cup and Carabao Cup finals, the Championship play-offs and both the 2010-11 and 2012-13 Champions League Finals.

In total, Harrod Sport goals will be used in all eight matches at Wembley Stadium during this summer's tournament. 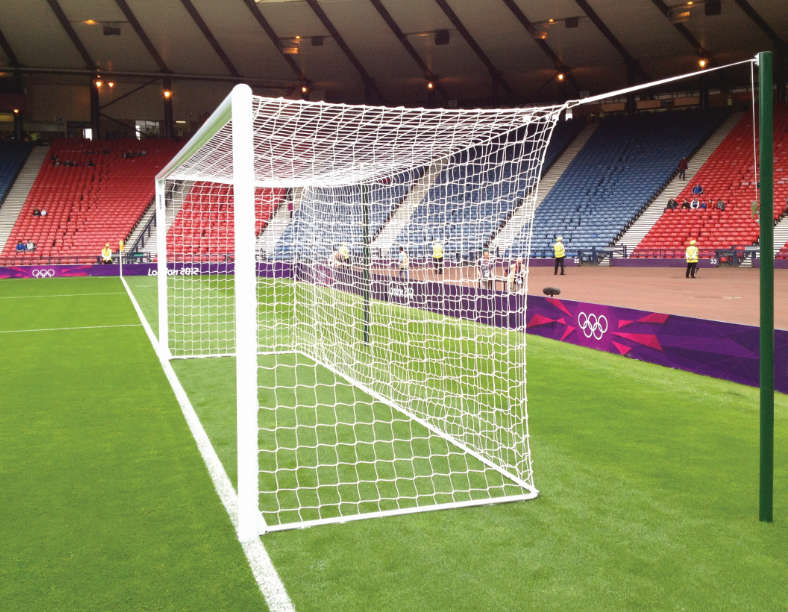 Built in 1903, Hampden Park has played witness to countless iconic matches, not least Scotland's near-miss against Czechoslovakia in the playoff for the 1962 World Cup finals – a defeat they will hope to rectify when they take on the Czech Republic on 14th June.

Hampden Park made history in 1937 when 149,415 fans – a record in British football – crammed into the stadium to watch Scotland defeat England 3-0. This summer's tournament marks Scotland's first European Championships since 1996, signalling a new chapter in the history of the world's oldest international stadium. 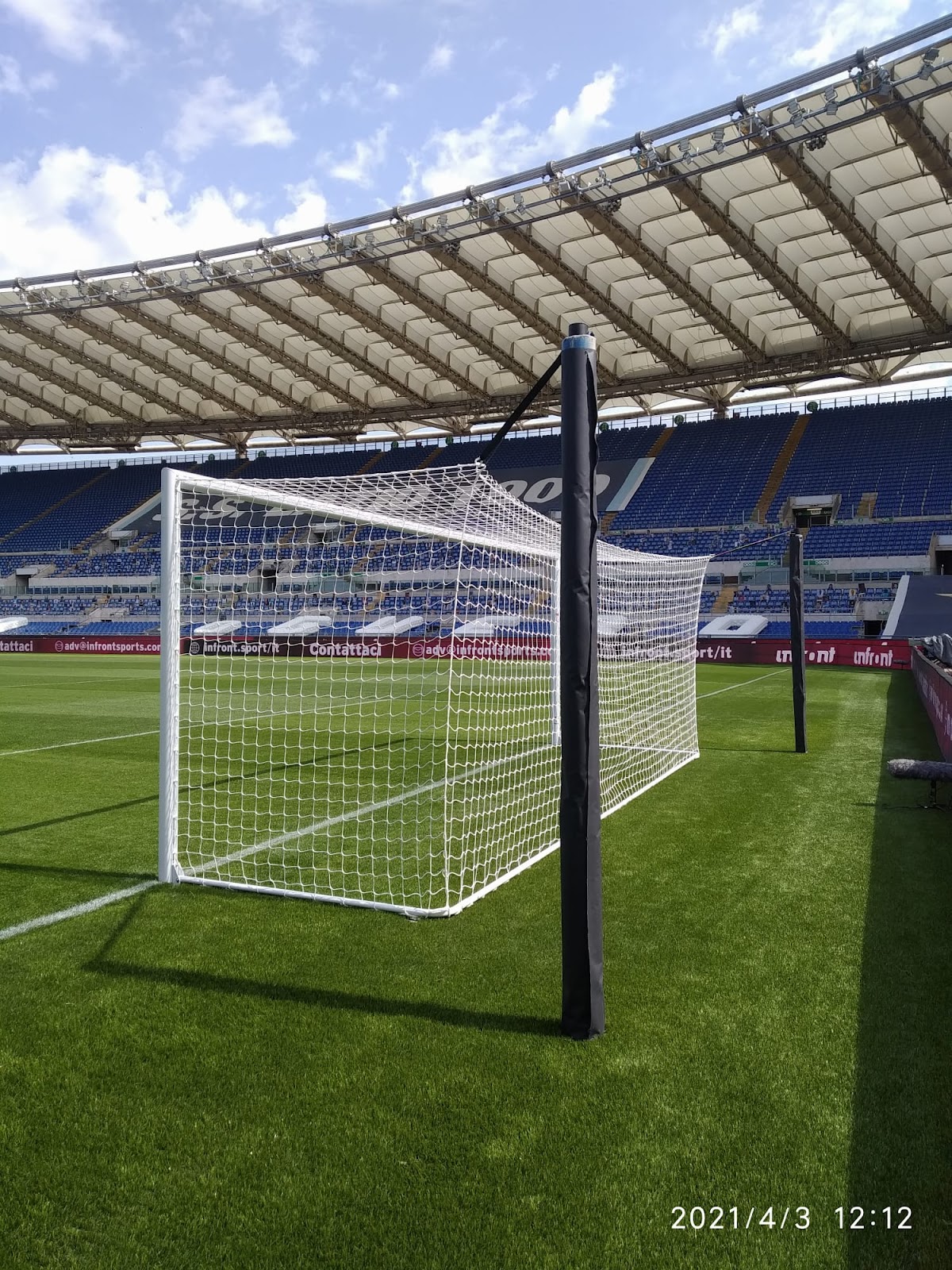 The Olimpico will host four matches this summer, including the tournament's opening game on July 1st, Italy v Wales on June 20th and the last Quarter final on Saturday, July 3rd.

Built for the 2018 World Cup, Krestovsky Stadium in Saint Petersburg is the city's second stadium. It will be familiar to England fans as the site of their team's 3rd-placed playoff defeat to Belgium in the tournament.

As Dublin withdrew from hosting due to Covid-19, Saint Petersburg Stadium will take on three additional group stage matches at this summer's European Championships.

Opened in 2019, the Puskás Aréna was built to replace the nation's former national stadium, both named in honour of national team captain and legend Ferenc Puskás.

This summer, the Puskás Aréna will be hosting three games from the tournament's 'group of death'. As well as Hungary and Germany, Group F includes current champions Portugal and World Champions France, who face off in Budapest on 23rd June.

Parken Stadium in Copenhagen opened in September 1992, the same year that Denmark achieved one of the competition's most remarkable upsets: winning Euro '92 despite being a late replacement for disqualified Yugoslavia.

Parken Stadium will host all of Denmark's group stage matches, the first major international tournament games to be held there.

4G Stadium Pro - the goals the world will be watching 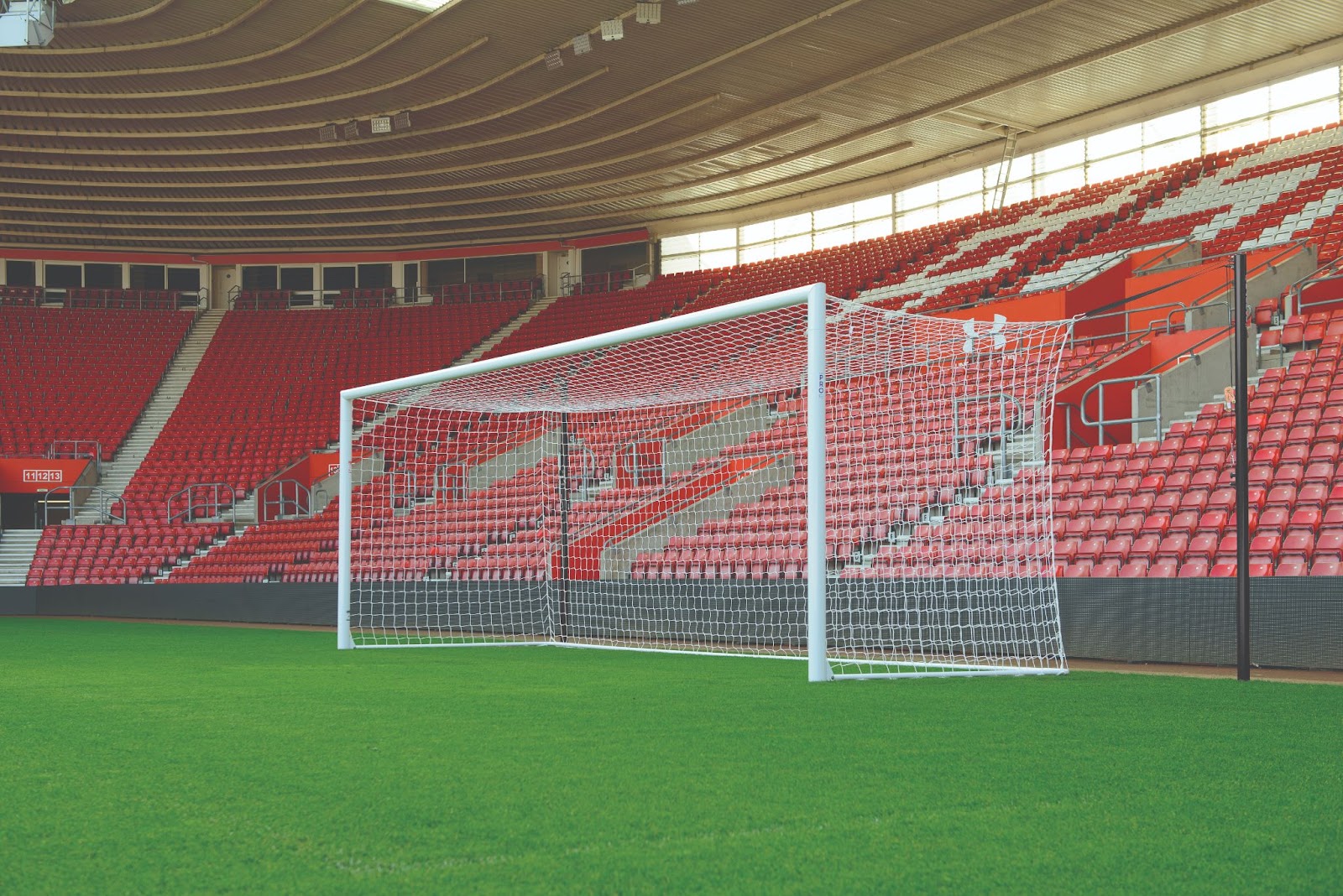 The goals that will be gracing five of these venues this summer will all be the 4G Stadium Pro Goal. Made from reinforced aluminium, this model is the latest evolution in goal posts, with technology to match:

In Budapest, 3G Foldaway Euro Portagoal will be used for four games during the tournament, including one of the most intriguing fixtures of the group stage - Portugal v France.

Win a set of goals

To celebrate our involvement in the European Championships and to help encourage the next generation of international stars, we are launching a social media competition – your chance to win a set of Finesse goals. 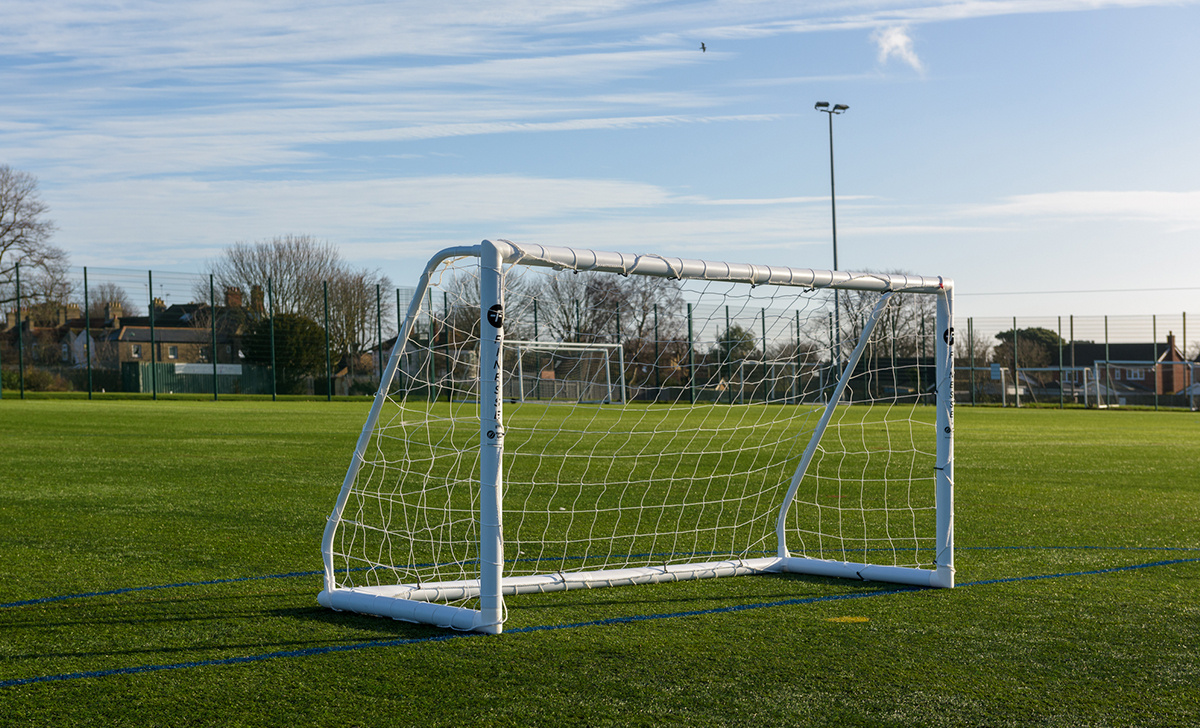 Entering the competition is easy!

Those who guess correctly will be entered into a weekly prize draw for the chance to win a set of Finesse goals:

The winner of the Final prize will also receive a bonus pack including; a Freekick-Taking Mannequin, Agility Pole, a set of 6 Training Hurdles and a Rebounder.

Winners will be drawn at random each week and, while you can only enter once per match, there is no limit on how many games people can enter predictions for.

Beginning with the opening game and going all the way to the final on July 11th, Harrod Sport and their 4G Stadium Pro Goals will be represented in every single round and will be used at more than half of the matches in total.

From practice and youth goals to training equipment, Harrod Sport's Finesse range offers everything players at all levels need to enhance their individual skills and performance in time to earn a place at Euro 2024 and make some history of their own. Find out more about the Finesse range. 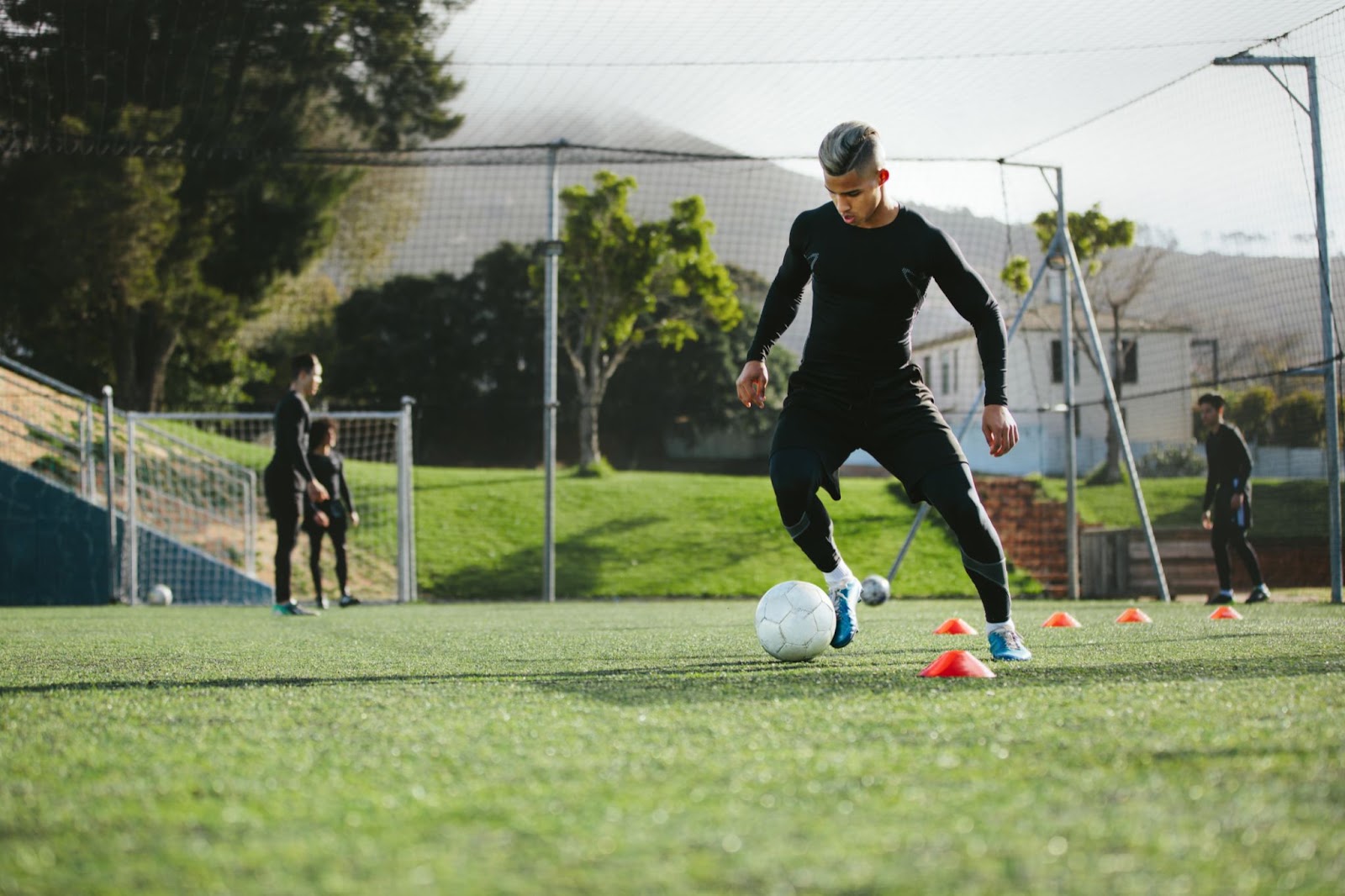 1. This prize draw is open to anyone based in the UK, and if aged 18 or under you must have permission from an adult to enter. Employees of Harrod Sport and their families, or anyone connected or involved in the administration of the prize draw are excluded from the participation ("Eligible Participants").

2. To participate in this competition entrants must like the post, tag a friend, and predict the total number of goals scored in a game featuring our goals.

3. By entering this competition, the Eligible Participant is indicating his/her agreement to be bound by these terms and conditions.

5. No responsibility can be accepted for entries not received for whatever reason. It is the entrant's responsibility to ensure that they follow the entry requirements listed above.

6. There will be no limit on how many times people can enter each week, but only one entry can be made per match. i.e., You can guess how many goals will be scored for every game our goals feature in and can enter the following week too. If you are selected as the winner, you won't be entered into the draw again.

8. All correct entries will be entered into a prize draw with the winners selected at random by a Harrod Sport representative.

9. The winner of each will be notified within forty-eight (48) hours of being selected. The random draw will take place on the Friday of each week.

10. In the event that the winner refuses or for whatever reason cannot accept the prize, or if Harrod Sport is unable to make contact with the winner within 48 hours of the initial 'winning' notification, Harrod Sport reserves the right to redraw the prize and award it to an alternative winner.

11. The prize is non-exchangeable and non-transferable.

12. Harrod Sport reserves the right to substitute the prize with another prize of similar value, in the event the prize is unavailable due to circumstances beyond Harrod Sport's reasonable control.

14. All decisions made by Harrod Sport over eligibility or otherwise in relation to the prize draw are final and no correspondence will be entered into.

15. By entering the prize draw, you agree that Harrod Sport is not liable for any loss, damage or personal injury whatsoever suffered or sustained in connection with your use of the prize.

17. Personal Data will only be shared if you have opted in to receive marketing material from our partners.

18. Harrod Sport reserves the right to amend these Terms and Conditions on the provision of written notice.